Ah, the fall.   You gotta love it.  The leaves begin to turn colours (glad we planted the maple that we did), the night air is crisp and the beehive winterization begins.

This is only my second fall as an official beekeeper but it feels like a good rhythm already.  With two new hives, this past weekend was spent building a couple new ventilation roofs (see link to original build).  I’ve altered the design a little to make them easier to carry but, the same basic principal is in place.  Warm, moist air from the hive rises, passes through the insulated hive roof via a couple of tubes, cools, condenses and flows out the back of the roof in a sloped tube.

My wife and I sauntered down to C1H2 (meadow hive) to install the roof.  I was surprised by the amount of sugar solution that was still in the broadman feeder – almost half.  The feeders in the other two hives were emptied in a couple of days.  I guess these bees have better stores already and don’t need the artificial sugar to pack away for the winter.  That makes sense as they are the result of a very active swarm capture.

The hive heft seemed to verify that there is enough food for the bees to overwinter.  A veteran beekeeper at the beekeepers club talks about hive heft.  If it takes four fingers to tip the hive forward, it should be okay.  Two fingers?  You better feed and supplement, he says.

Later this month I think I’ll insulate the hive.  Or maybe sometime in November, this is Victoria! J  Perhaps a little fondant just in case and, hopefully the hive survives!

Thanks again to the meadow owners.  They’re great and send me videos and photos regularly!  (that will be another post at some point). 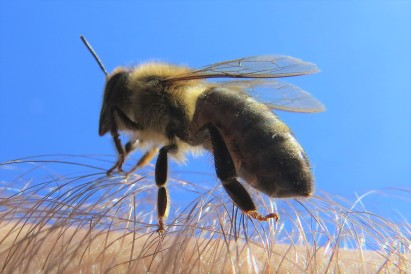 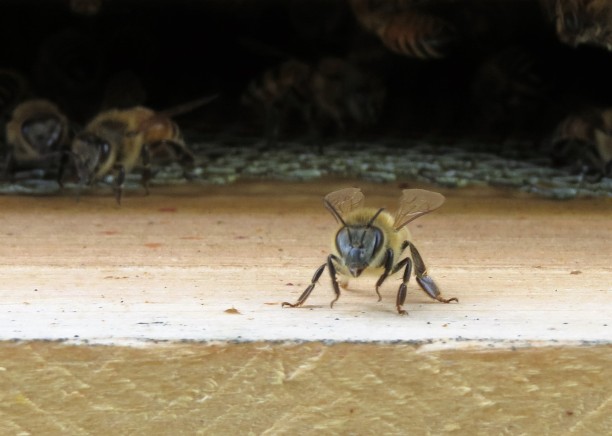